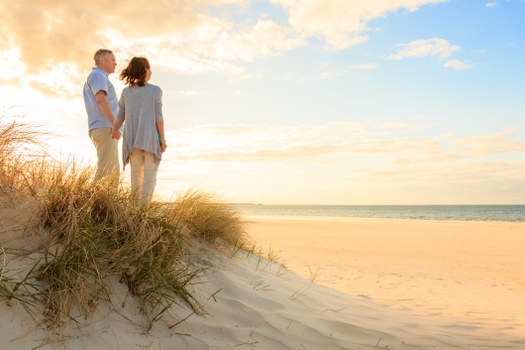 *Howard and Robyn came to FairWay Financial in their late 40’s. They are both successful in their chosen career paths within the banking industry in Charlotte and have raised three children, the youngest of whom just graduated college. They’ve saved money consistently while putting the children through school and have amassed several hundred thousand dollars in their 401k’s and IRA’s. Their thoughts were beginning to turn to their own long term future and they wanted to get a better understanding of how well they were doing in relation to their retirement goals.

We met for several conversations and dug deep into their individual hopes and dreams for the future, as well as helping them articulate their collective ambitions for travel and spending time with grandchildren.

The question they kept asking was, "Are we on track?"

The first step was to help the couple gain an understanding of how much money they would need in terms of today’s dollars to live the lifestyle they wanted. We then asked at what age they would like to be in position to step away from their careers. They agreed age 65 would be their preferred time frame and we set about calculating how large a nest egg they would need to have accumulated by that age to achieve their lifestyle goal.

We were very conscious of the role inflation and investment returns play in these calculations. Understanding those variables allowed us to calculate an annual savings goal and specify which types of accounts we should use for those savings.

In the end they realized they had not been "on track" for the retirement lifestyle they wanted...

…but given the option of saving more money, or waiting a couple more years to retire, they made a commitment to increasing their retirement savings and are already giving thought to a ‘bucket list’ family trip in about 17 years time!

A savings and investment strategy built around a realistic lifestyle goal can help you gain clarity over your retirement path.

*The is a hypothetical example of how Fairway Financial interacts with the community.
This is a fictitious creation by the author to demonstrate our services. None of the names or images belong to actual clients, accounts or relationships.