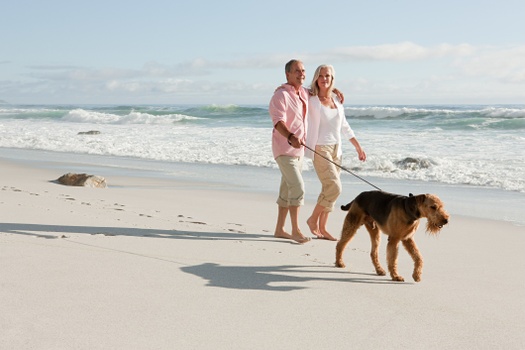 *Jim and Maryann are both in their early 50’s. Jim has carved out a successful career in the medical device sales industry which has allowed Maryanne to spend more time at home with their children. Despite the family income being 100% commission based, they have consistently added to their savings over the years.

However, despite the disciplined saving strategy they had never paid much attention to their investment strategies.

They figured if they bought a little bit of this and some of that, they would spread their risk and be in good shape. When the stock market began to decline in 2007 and 2008 it became apparent to them how little they knew about their own investments. After deciding to work with FairWay Financial they were better able to understand what type of investments they owned and the risks they carried.

Once Jim and Maryann were able to express their future goals, we were able to identify the needed rates of return, the possible risks, and optimum asset allocation. Enjoying their newly found knowledge of the markets, Jim and Maryann have become enthusiastic students of how FairWay Financial build their investment portfolios. In this case knowledge is power and they feel much better prepared for future volatility.

Working with a financial adviser can help an investor fill in the knowledge gaps and provide clarity around a solid savings and investment strategy.

*The is a hypothetical example of how Fairway Financial interacts with the community.
This is a fictitious creation by the author to demonstrate our services. None of the names or images belong to actual clients, accounts or relationships.